By The Jilted Indian Podcast

Finally, someone said it, there is a problem with Apu. Comedian, podcast host, writer, activist, and documentarian Hari Kondabolu made a film about how problematic Apu is. “The Problem With Apu” debuted on TruTV on November 19, 2017.

We have been anticipating the release of Hari Kondabolu’s documentary, “The Problem With Apu”, and now it is available on TruTV! The Jilted Indians are joined by friend of the pod, Rashee, and we all sat down and viewed it together. We laughed, we scoffed, and old wounds were reopened. Let’s talk about Apu, y’all.

To say that we have been waiting for this is an understatement: 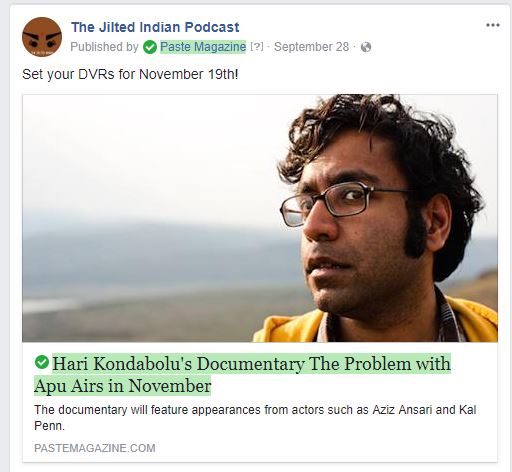 The name of the game was Arranged Marriage, Love Marriage, Side Piece not whatever murder version Puja stated on this pod.

BIG THANKS TO RASHEE FOR GUESTING TODAY. When she isn’t out being a badass lawyer and mother, she is writing and putting herself out there:

Links from the screenshots above: