Note: In Season 2, Episode 6 (#AzizAnsariNotSorry part I), Miranda referenced a series of articles she wrote for the Sisters in Law Blog regarding Co-Dependency. We are republishing them on the Jilted Indian Podcast’s Blog in order for the next few month.  Here is Part 4 / Failsade originally published May 9, 2017

This article is Part 4 of a series on codependency, written for the Sisters in Law Blog. Here are links to parts one, two, and three.

Remember the scene in Harry Potter and the Deathly Hallows, Part 1 where Harry tries to grab the sword of Gryffindor out of the frozen pool in the Forest of Dean? Where right before he grabbed the handle of the sword the horcrux hanging around his neck (the thing he intended to destroy) attempted to strangle him? 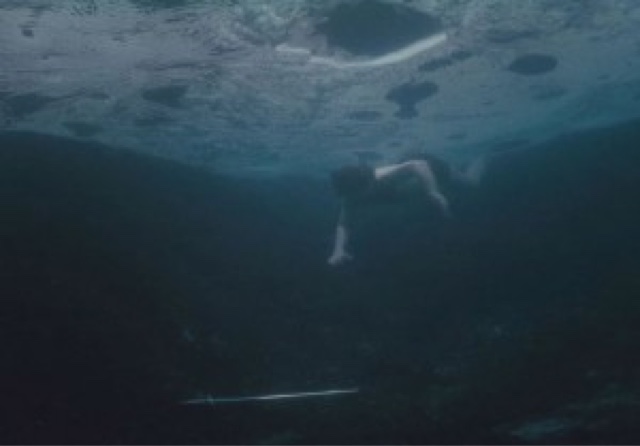 I decided to leave my university teaching position. Long story short, I have had my fill of adjunct teaching. I wanted to commit more time to teaching little kids and trying to figure out who the hell I am, I was taking steps to unearth the person I buried decades ago for the sake of pleasing and placating.

Handing in that resignation letter, I felt strong. I was saying “no” in more ways than one but most of all, “No, I do not have to teach college just because I have a doctorate.”

It snuck up on me, the depression. The number one identifiable symptom was the way I sounded playing the trumpet. Codependency-related shame-based performance anxiety is completely unmanageable when I experience depression. My upper abdomen becomes a cemented wall and I don’t have the abdominal relaxation necessary for a singing effort (ease) or compression. That was my horcrux, the codependency, dying hard. The timing couldn’t have been worse, I had three performances in a row all surrounding Easter weekend (there was nothing I could do but survive those gigs). It turned out I played fine for the most part, it just felt terrible. I’m glad someone enjoyed it. The director from my Easter gig hired us again a year in advance.

This shame tape played over and over those several days. I had examined this phrase before but it was time to give it new perspective. I did what I always do with shame, I locate the source, I reality check the message, and seek empathy by sharing my story with someone I trust.* The source? My father. It was what he would say whenever I didn’t do something exactly as he instructed. Even if he didn’t say it, he made me feel that way many times. My mom had her own version of this line too: “If you don’t _________ then I’m not going to help you when _________.” She always liked to throw some religion into the manipulative mix as well. This was how my parents always pulled me back into pleasing and placating, back to hustling to be a daughter who isn’t an embarrassment. Anytime I toed in the line of autonomy, this shame tape brought me back.

It was a failsafe, just in case I ever attemped be my own person. It worked back then, I was already conditioned for self-blame thanks to multitype maltreatment and negative reinforcement. No wonder I have never processed this particular shame tape. It only plays on the edge of freedom and I can’t remember the last time I tried to break free.

So, that depression was from my struggle with that codependency related shame. I started to feel freedom but also, a tiny part of me wanted to hang onto selling the perception that I am a college level authority on the subject. Am I a capable college teacher? Yes, but I acknowledge that my teaching ability is sickened in the same way my performance ability is.

I called a handful of friends to let them know I was struggling. They were amazing, responding right away, texting, calling, some of them forcing me to hang out, eat brunch, get a mani/pedi. One of them made plans to visit me from out of town. They all listened patiently as I laid out the latest self-awareness outline. I don’t think it’s an accident that the depression set in right as I was too busy to attend support group meetings for a few weeks. I started attending again. I made sure I was committing to self-care.

My trumpet playing remained difficult throughout those several weeks until I made a very important decision.

I have recently understood my trumpet playing as the torch bearer of my codependency. It makes so much sense. The trumpet took over for my parents, as the conduit through which I received love (unfortunately, conditional love: validation, fleeting and scarce). I was 11 years old and all of a sudden I received praise regularly. All I had to do was practice and BAM: chair advancement, solos in the band literature, all-region/area/state auditions, medals, awards and scholarships galore. All of the ways in which I was inadequate in my family and in the Indian community didn’t matter anymore because in band, I belonged. I worked so hard and I was rewarded. I decided to major in it.

All of the hustling, 3-4 hours of daily practice, worked until something didn’t go my way, in my junior year in college. That was when I learned that my beloved trumpet playing could betray me. I didn’t know it at the time, I thought I wasn’t good enough, but the truth was, I hit a wall built by deep seated fear, cultivated by a childhood of multi type maltreatment:

I responded to hitting this wall with what others may have described as ambition…only I wasn’t ambitious, I was obsessed. More aptly put, I was jonesing for validation. The 3-4 hours became 4-6 hours, I slept four hours a night, if I wasn’t practicing I was listening to recordings, doing anything and everything to avoid failure. The crazy thing was, I was praised for being such a hard working student.

Addictive levels of validation seeking, codependency,  connected to classical trumpet playing. Accepting this truth was so heartbreaking. No wonder trumpet playing while in depression was so hard for me. The depression said, “Do nothing.” The codependency said, “Do everything you possibly can or you will not survive.” The anxiety was an unshakable lockdown.

Was it time to quit? For good? Throwing away decades of study and performance?

I decided in addition to leaving the university, I am going to stop padding my curriculum vitae. No longer will my performances be currency for my teaching and performing career. I had to figure out how I could get back to being the kid who couldn’t wait to play, before I used the trumpet for validation.

I decided to call a mentor and schedule a lesson. I shared my current dilemma and the challenge at hand, to make the act of playing trumpet a tool for self-expression and creativity. He helped me with creating a performance goal that shares no path with that of validation seeking. I have no idea what the trajectory of creativity is when it comes to playing the trumpet (with the exception of jazz, which was a haven from the hustle of classical playing) but I’m looking forward to discovering it.

I decided that I am not going to share my plans with everyone, I am drawing a boundary around who I share this with. The truth is, no one else has to know what I am doing with my creativity. It isn’t *for* anyone else. I’m only sharing it with those with whom I have a history of trust. I will still play gigs, and perform wherever I am hired, whatever I say yes to. However, those gigs will never be currency for my sense of love and belonging. I’m already worthy of that. It seemed as though the minute I made these new plans, this bout of depression vanished.

Though music making was only one area with which I sought validation (others include appearance, friendships/relationships, grades/academic accomplishments-there’s more work to do), I feel as though I have truly acquired some power with this new acceptance, new boundary, and new plan of action.

Today was my last day as a brass faculty university adjunct. I could sense the dying breath of my teaching ego. The ego that doesn’t want my students or colleagues to see me be ordinary. Funny how being ordinary would be the bravest thing of all.