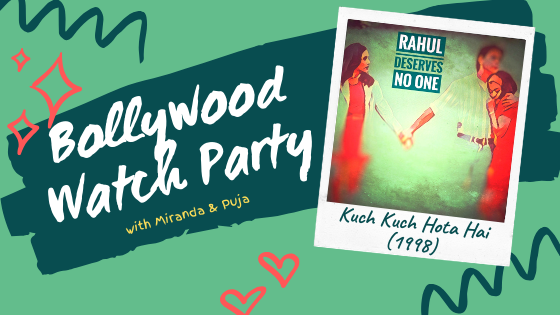 By The Jilted Indian Podcast.

To the shock of everyone who knows her, Miranda sat down to deliberately watch a Bollywood film with Puja. Together, they address the context of this film in the Bollywood timeline, as well as their top WTF moments (i.e., Miss Berganza, the clothes, the religion flipping, and that wedding). Join us for a fun and lighthearted discussion of Kuch Kuch Hota Hai.

Episode Notes: Scheduling affected Anju’s availability for this episode, we miss her too. | We know our Hindi sucks. WE KNOW.

We know, there was already a movie episode this season (You Gotta See These Movies), and a movie episode last season (Monsoon Wedding Watch Party). What can we say? We like movies. This time, we are examining the modern Bollywood classic film, Kuch Kuch Hota Hai.

Side note, we should probably start a movie club, like the book club? Look at us committing to examining art in multiple formats.

First a little background about the film:

Second we had a Desi themed watch party…food party too.

We talk through our personal history with Bollywood films before getting to the plot discussion.

You should check out Lion Part Films Drunk Bollywood if you haven’t yet.

Bollywood Logic is totally a thing, we still don’t know how TIna managed to write these letters to Anjali II.

“The song and dance routines in Hindi films play a special role in product placement. An example of this can be seen in the box-office hit Kuch Kuch Hota Hai. A total of 144 product placements are featured in the movie, which is an emotional love story set against a college backdrop. The story of the film shows the relationship between three college students and provides the perfect setting for promoting youth brands. The film is replete with fashion brands like Polo Sport, GAP, Speedo and others that target youth, like Pepsi and Nescafe. The first branded attire shown is a DKNY shirt worn by the female protagonist in the 19th minute of the film. In the following ten minutes fifteen different clothing brands are presented on screen. The first song and dance sequence of the movie, showcases brands like DKNY, GAP, D&G and Pepsi. The song and dance sequence is extraneous to the plot of the film and is a flight of fantasy that allows the director to integrate brands and entertain at the same time.”

HOW ARE THEY GETTING FROM MAURITIUS TO GOA VIA BUS???? 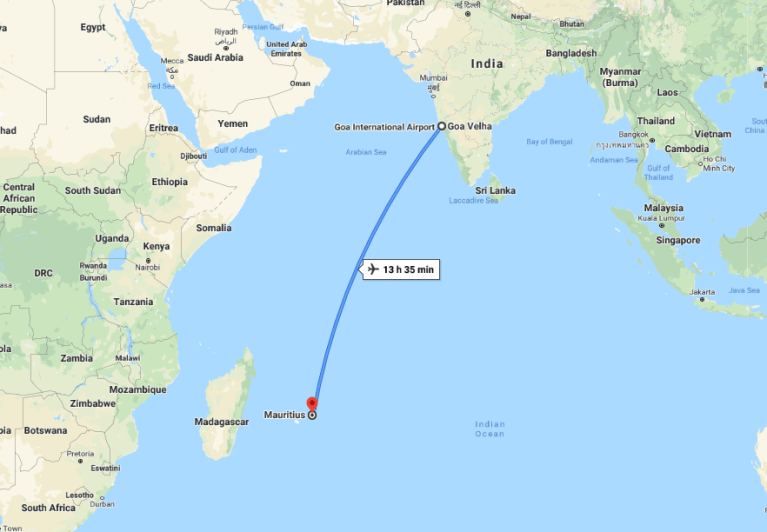 You really need to understand how great this basketball scene is

AND THERE WAS A SECOND ONE LATER

There was a 20th Anniversary celebration of this movie back in 2018, check it out here.